The MBA class of 2012 entered the job market during uncertain times. The worst of the financial crisis was over, but unemployment was still 8.2% nationally and big banks were licking their wounds from massive losses triggered by the subprime mortgage crisis. Nonetheless, most grads from the top 25 U.S. business schools landed on their feet, with 90% securing jobs within three months of graduation. 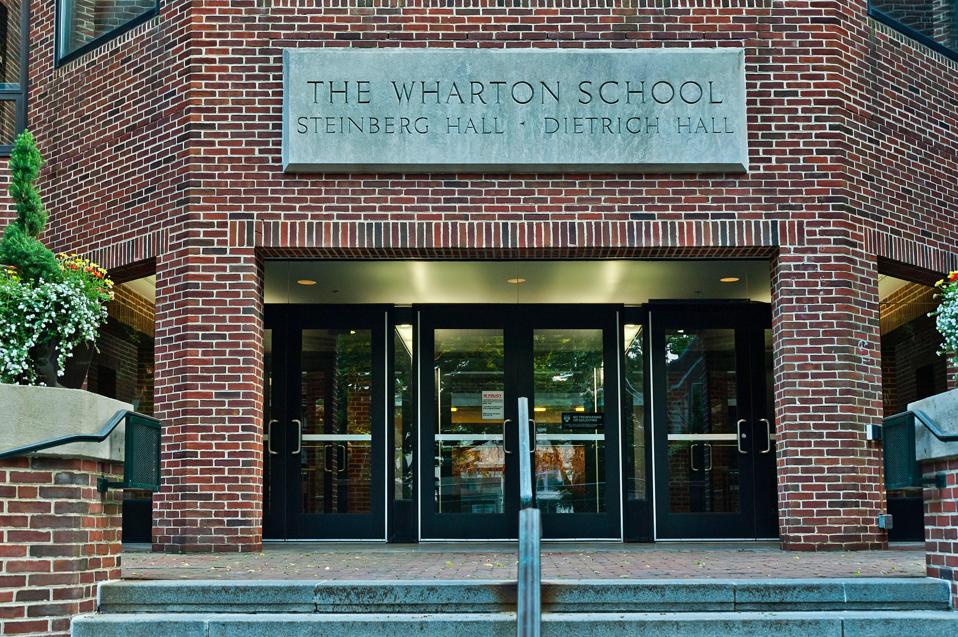 Total compensation for those grads reached $177,000 on average last year, up 9.2% annually since graduation (before inflation). The growth rate is on par with the class of 2010 from elite programs. Both figures are well ahead of the U.S. average, which was 2.7% over the past five years, according to the Bureau of Economic Analysis.

The result: the average payback period for graduates of top 25 schools on their investment in an MBA (tuition and forgone salary) was 3.9 years, similar to two years prior (4 years). However, both are off substantially from the pre-financial crisis classes of the late 1990s, for whom the payback period averaged 2.7 years.

The University of Pennsylvania’s Wharton School ranks as FORBES’ best business school in the U.S. for the first time in our 10th biennial ranking with a “5-Year MBA Gain” of $97,100. The previous high-water mark for the business school was second in 2001 and 2005. Wharton ranked seventh in 2015.

The Wharton School was the first graduate school of business established in 1881 when iron miner Joseph Wharton donated $100,000 to U Penn to found a “School of Finance and Economy.” These days most Wharton MBA students head to finance or consulting jobs upon graduation (79% of the class of 2012), which traditionally are the most lucrative areas for MBAs. The concentration in these sectors pushed Wharton’s current total compensation for the class of 2012 to the highest of any school in the world at $225,000.

The top employer for the 2012 class was consulting firm McKinsey, which hired 53 out of 805 Wharton graduates. Other major employers: Boston Consulting Group, Bain, Deloitte and Goldman Sachs. The biggest employers for the most recent class were the same outside of Amazon.com replacing Goldman Sachs.

“Wharton was a great springboard to make a transition geographically and job position-wise with a strong brand name and network as well as providing practical knowledge,” says Thomas Jueng, who traded a telecom job in Seoul for a venture capital career in Menlo Park, Calif., upon graduation.

Our ranking of business schools is based on the return on investment achieved by the class of 2012. We examined more than 100 schools and reached out to 17,500 alumni around the globe. We compared graduates’ earnings in their first five years out of business school to their opportunity cost (two years of forgone compensation, tuition and required fees) to arrive at a five-year MBA gain, which is the basis for the final rank. Schools whose alumni had response rates below 15% or a negative return on investment after five years were eliminated (click here for a detailed methodology).